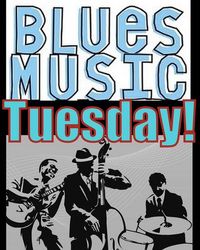 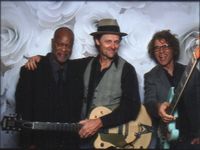 With a new blistering blues/rock trio album, winning the SCBS Battle Of The Blues Bands, and several European tours gaining him thousands of new fans, it's obvious Shawn Jones is on a roll!.

Recently Shawn was invited to guest as opener for the five time Grammy winning legend Robert Cray on a 16 date theater tour of the UK. “The response and CD sales were overwhelming!”, says Shawn.

With five studio albums and one live album under his belt, Shawn’s skills as a seasoned songwriter, guitarist and vocalist make him one of the most dynamic and relevant artists on today’s music scene.

With over 25 years of touring experience, Shawn stays true to form of his influences. Growing up in the heartland of Southern California, one of Shawn’s earliest recollections as a boy was listening to his father singing and playing the guitar, which then led him to follow his dreams as a professional musician.

Shawn has been touring in excess of 200 dates a year, creating new fans and followers everywhere he performs, which includes the U.S., Ireland, United Kingdom and European Union. His variety of performances capture his audience whenever he’s playing an acoustic set that highlights his soulful voice and incredible guitar skills or rocking the crowd with his band of world class musicians.

Shawn Jones is the epitome of American Blues/Roots/Rock music. He has proven over time that he has an international appeal. Shawn is true to form of his influences, spanning from all the greats in Rock, Rhythm & Blues, Jazz & Country. His father raised him on Hank Williams, and he grew up in the heartland of Southern California, where he learned from experience how to play and sing the blues.

Shawn’s 5th studio effort, "Pain Passed Down" was released in Europe September 1st 2017 on ZYX Records, Germany and is now represented by Breaking Blues booking agency, Germany. His previous senior release, "Struggle Makes You Stronger" was picked up by Right Track Distribution, licensed through the Universal Group in the UK.  Shawn’s single, “Life Is For The Living,” was released in the UK on February 11th and was a featured single on iTunes UK. The album was released on  Feb. 25th, 2013.  "Struggle" picked up several four and five star reviews in the US, UK, EU, AU with many others arriving.  A double-page-spread has been secured with Maverick Magazine (March 2013) and Blues Matters Magazine (April 2013) in the UK.  Shawn’s music has aired numerous times on the BBC UK, BBC Northern Ireland, and many other syndicated stations throughout the UK and EU.

With five studio albums and one live album under his belt, Shawn’s skills as a seasoned songwriter, guitarist, and vocalist have put him on the same bill with the likes of BB King, Buddy Guy, Joe Bonamassa, Bonnie Raitt, Robert Cray, Jimmie Vaughan, Willie Nelson, Leon Russell, Eric Johnson, Robben Ford, Derek Trucks, Little Feat, Taj Mahal, John Mayall, Coco Montoya, Johnny Winter, Jim Lauderdale, John Haitt, David Lindley, and many others. Waylon Jennings was also so impressed with Shawn’s live performance that he took Jones under his wing, offering him a management deal and the grand opportunity to play on his 1996 release "Right For The Time."  Shawn was also Waylon's lead guitarist on Lollapalooza with Metallica, Ramones, & SoundGarden, and Willie's 4th of July Picnic.  Shawn currently tours with country music multi-platinum artist, Deana Carter as her lead guitarist. Jones also has endorsements with George Lowden Guitars, Asher Guitars, Handyman Guitars, GHS Strings, LR Baggs, G7th Capo company, Rocktron, and others...  Previously, Shawn’s song “Invincible Me” was featured in the 100th episode of “Dawson’s Creek” on the Fox Network. Jones and his band made a cameo appearance in the Fine Line Pictures release,“Tumbleweeds”, starring Golden Globe winning actress, Janet McTeer. Two of his songs, “Long Way Down” and “Lightening Strike Me Down” are featured in the movie. The single “Long Way Down” was also included on the RCA/Victor soundtrack album. Other artists on the album include: Johnny Cash, Lyle Lovett, Buck Owens, Emmylou Harris and Lucinda Williams. Shawn’s song “Lightening Strike Me Down” was selected for the Hollywood Pictures film, “Mystery Alaska” starring Russell Crowe.

Shawn Jones' ability to combine undeniable guitar playing, singing, writing, and recording, coupled with heartfelt emotion, has earned him the slot as one of the most compelling new artists on today’s roots music scene.