Shawn has been touring internationally for over three decades and has received several placements with his compositions in major and independent film and television.

His variety of performances capture his audience whenever he’s playing an acoustic set that highlights his soulful voice and incredible guitar skills or rocking the crowd with his band of world class musicians.

Sam Bolle was born and raised in Southern California. After a musical upbringing in the public school system playing violin, viola, sax, and bassoon, he settled on bass and cut his teeth touring with seminal punk bands Agent Orange and Fear, as well as Donavon Frankenreiter, and spent 16 years as bassist for surf guitar legend Dick Dale. He is still living in Southern California, and is 1/3 of the Shawn Jones Trio, which also includes drummer Herman Matthews.

Herman Matthews is a Texas born and bread drummer, known for his feel, and musical range. He has toured with Kenny Loggins, Richard Marx, Timothy B. Schmit, Stevie Wonder, Tom Jones, The Isley Bros., Tower of Power, and Hugh Laurie to name a handful, and recently did a short run with The Robert Cray Band. Herman is now laying down grooves, and collaborating with Shawn Jones, and Same Bolle, creating a strong foundation for the “Shawn Jones Trio”. 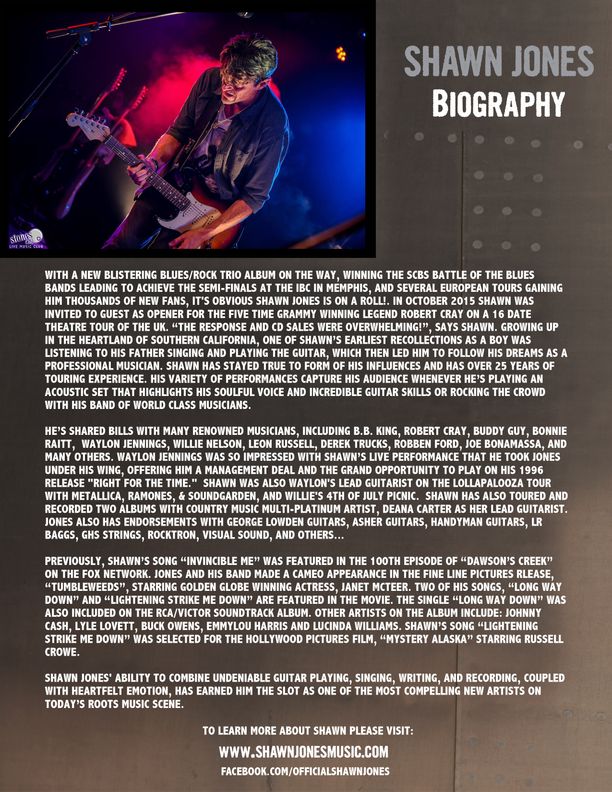 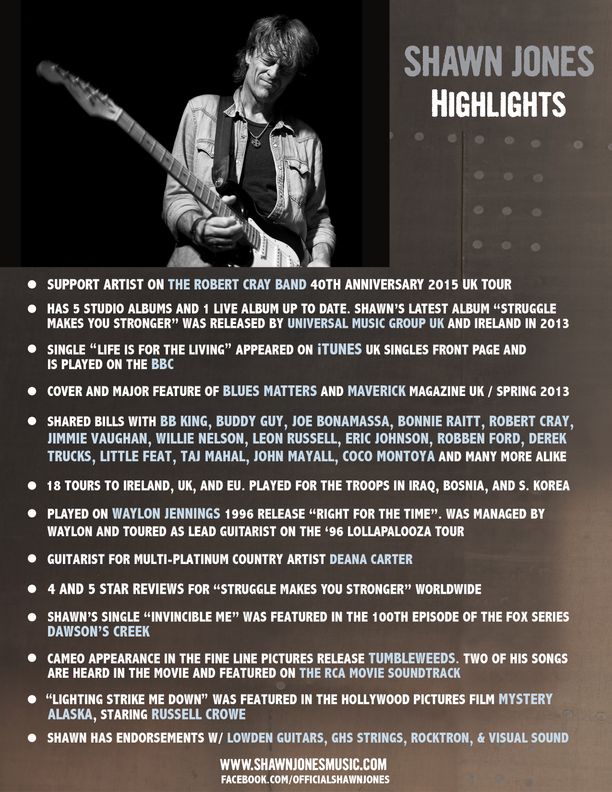 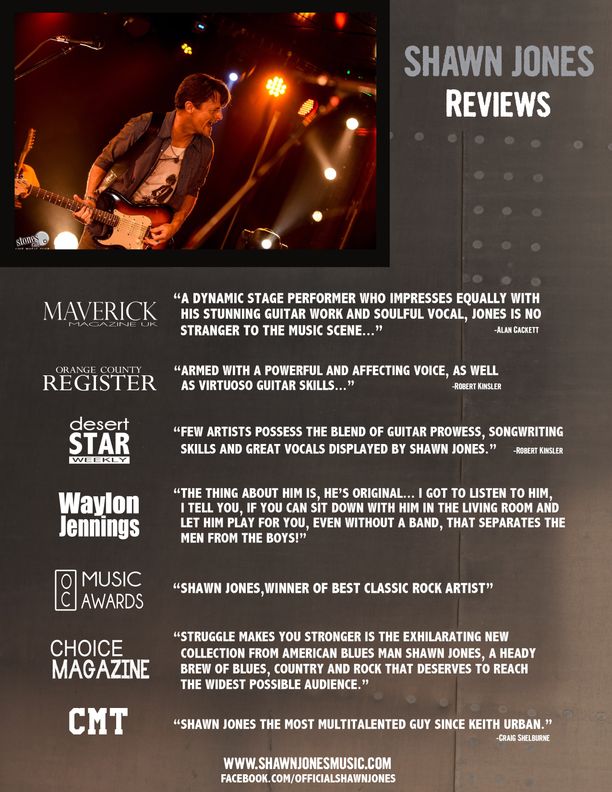 Shawn Jones "Life Is For The Living" Official Video 2013

Opening for Robert Cray Band at The Hall For Cornwall in Truro UK : Oct 7th 2015 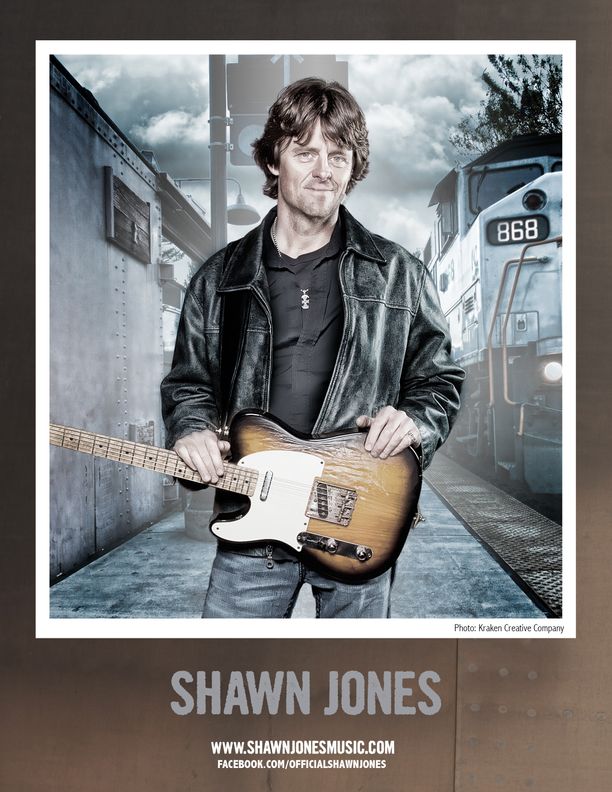 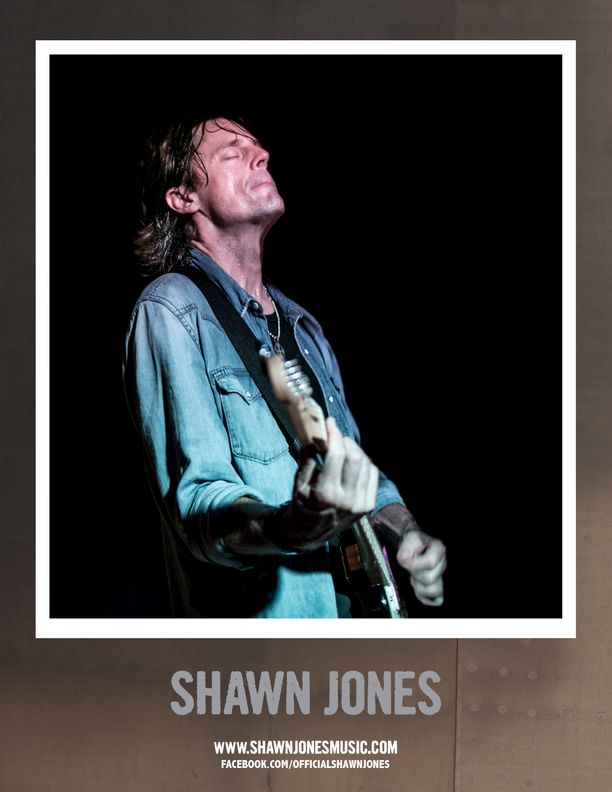